Sketchbook for the Logo Creation of Gladiators

Sketchbook for the Logo Creation of Gladiators: Survival in Rome – the starting point of the design process. Gladiators is a Survival ARPG for mobile devices, currently in Tech Launch and will be available globally in late 2021.

Font type & object match-finding, as well as examples of texturing – feels like a 90’s video game?

Serious soul-searching with font examples of other games on how to make the logo more contemporary.

Weeding out: The push for a more minimalistic logo. Cool = Style + Mood. We like the torch; it stands for light in the darkness, warmth, essential for survival but its also dynamic, threatening and feared.

Font search: Minimalistic looks too corporate, for a game we need playfulness. Font Text cuts seemed the best way to achieve that without adding objects.

Before deciding where to make cuts, a font base is needed. Something that is having some Roman flair – a serif font – but is just right in boldness. How fitting our choice is in its name: Trajan Pro Bold.

After choosing the base font, the deformation ideas were flowing in plentifully. Twisting the A to resemble tents, slicing the O, extending the serifs – the ideas have been a little bit random at first, and while looking cool, there was not much sense behind those.

We revisited the original idea on what classifies the Roman Empire: war, battles, legions and a lot of hacking and slaying. So how about adding some dents into the letters as if stabbed by a gladius?

To get the right amount of details is always an act of balance and two people will have 3 opinions. There’s just one way to go about it: Try, iterate, scale small and large for application scenarios. That also led to just another detail examination: the flame-bearing crown of the torch.

After deciding that one is too detailed and the other carries too much risk of triggering the legal team of a certain sports association, we decided for a minimalistic blocky base and turn to dotting the i – the flame.

While settling for a bolder yet lower flame as opposed to stretching out the logo vertically with a slender flame, and to give a nod to the game’s bulky protagonist, a wild random idea appeared: How about adding the iconic feather plume to the G?

That sparked quite more creativity and one particular brainchild stuck out in its experimental shape – a very playful adaption of the logo design so far. The galea helmet, the torch, the flame, the tent, it all looked pretty unique – yet that’s exactly why we shied away from it eventually. Players might confuse the game with being directed at a younger audience at first glance.

Logo application testing: How does it even look like when applied to a different background than everyone’s favourite Dark Mode and pitch-black backgrounds? Well, not too bad even when overlaid on a game screenshot.

Last step: Texturing! When you develop a 3D game, naturally, you’d be drawn to the texture being 3D-ish as well when shown in the game. Yet that sparks a whole lot of other questions: How metal are we? How does the flame translate from 2D to 3D, perhaps the slender option was better indeed?

Not too bad, we thought! Here’s the thing: A logo never satisfied everyone one-hundred percent, and we omitted describing hours of discussion, second and third opinions, and frankly even a lot of sketch and design ideas. But this logo is something everyone can rally behind in its quality, in its details, in its color scheme, in its feel.

The final result side-by-side: Textured logo inside the game, and the untextured version for public material – and the final touches of a 3 months process on the side of building the game itself.

So there you have it, our journey to find the right logo for our first game, Gladiators: Survival in Rome. If you like to learn more, we’re on Facebook and, as of July, on Google Play in Ukraine and the Philippines. Hope you enjoyed this post! 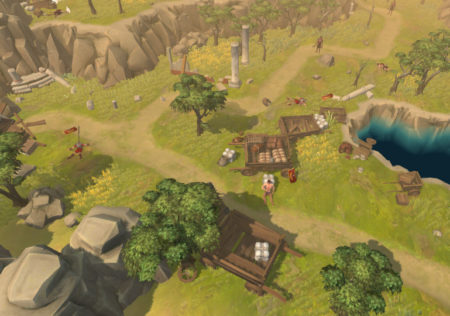 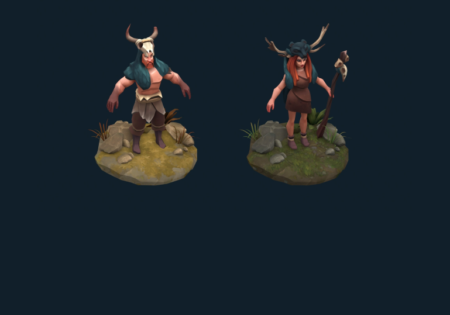 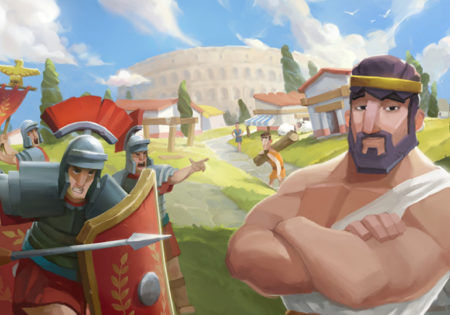